I put this table here for clarity you can find this in other places too.

Hard Rock is typically preferred due to a more "advanced mechanic" regarding soldiers taking "overkill hits" which substantially reduces incoming damage. In short, Heroes do 10 Hits while Soldiers do another 10, for a total of 20 Hits. When on the defensive, individual Soldiers can soak up incoming hits until they perish. Overkill damage to an individual soldiers does not carry over, so once a hit it used, it is gone. The end result is the Hero taking less hits (and by extension, less damage) which can be more than Steel's 10% Damage Reduction. Hard Rock can also be used for "solo tank runs" where the tank is without support or a healer, or as an insurance policy that may help prevent the tank from being completely overwhelmed.

However, if the party has a healer with Regenerate and/or a Tiaris, Steel may be preferred instead. Regenerate restores 10% HP of the unit after battles, while Tiaris' Healing Light talent has a chance to heal the unit for x3 of Tiaris' INT after battles. This should allow the tank to stay at higher HP thresholds, making Hard Rock's effect at less than 50% HP not as useful. Steel may also be preferred if the party is fairly strong, is not dealing with enemies that deal overwhelming amounts of damage, or prefers consistency over RNG. 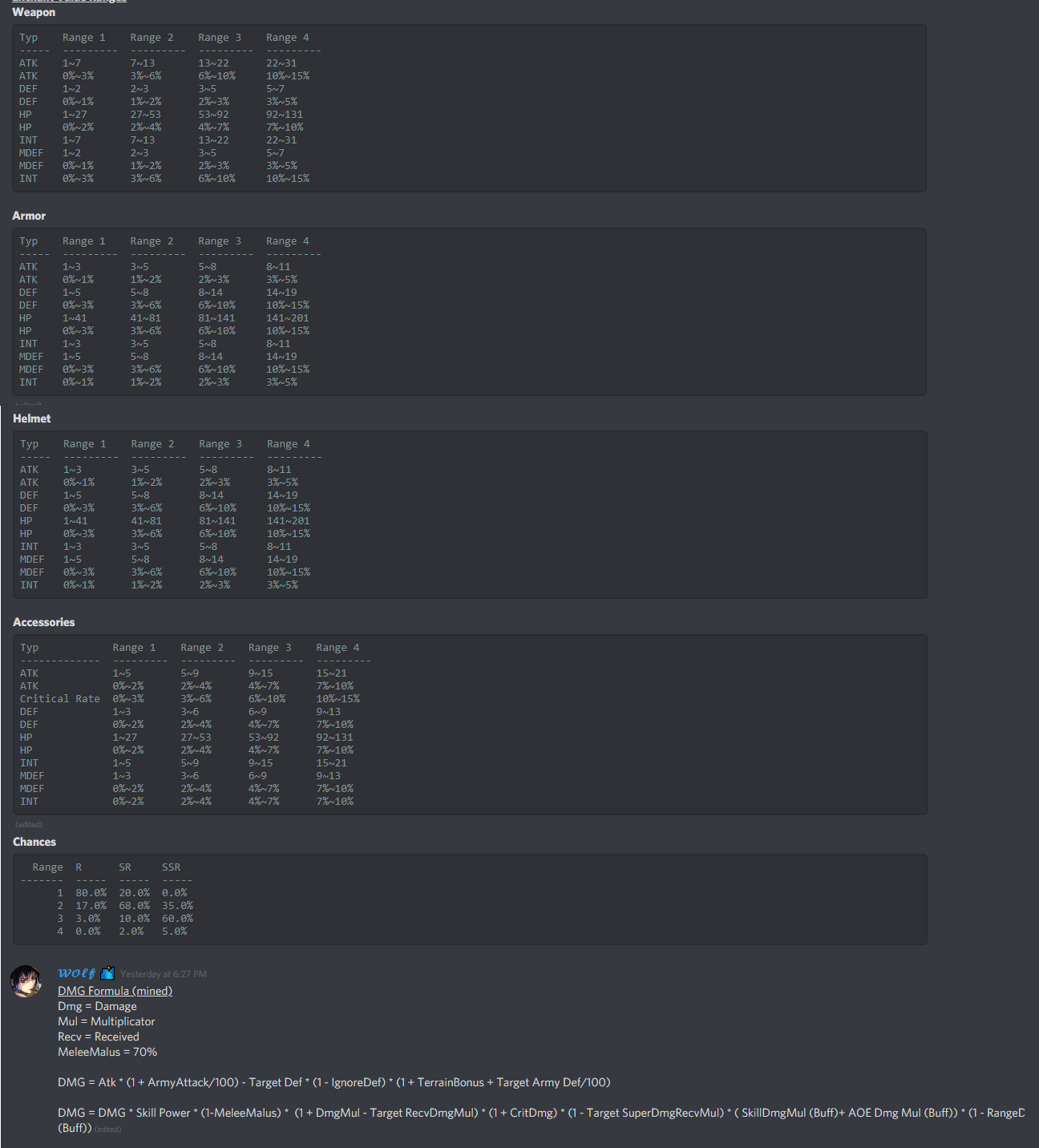 Specific Characters and Their Best Enchants[]

DISCLAIMER there are multiple enchants that may be viable for each character these are just what is generally used and what IMO is better the absolute best can be debated which is why I've put in multiple enchants for most characters. The order I've put them in is what I think is the best for each class. The characters are assumed to be in their "best" class unless otherwise stated.

I will also add/edit things if people give recommendations so feel free to do so.

There are separate stats for enchanting one is the set bonus and the other is the random stats that they give. You're looking at the wrong one.

The different tiers of scrolls give different stats(doesn't effect the set bonuses) so the higher the tier the better the random stats but they aren't as important right now since we've got no easy way to farm them.

Rough Sea gives damage reduction which allows you're troops to survive more and more troops = more damage so the damage about evens out early and gets better later on the stronger your troops get.